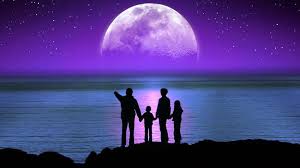 She was startled out of her reverie.

I have to stay focused. Caroline is the mission now.

She did, however, have some questions for the General.

“I just heard that…”

She looked around, then back at Harris. “For any of it, really.”

He nodded. “Are you all packed?”

“Follow me, please. I know you know the way, but there are clearances that  you don’t have. They seem pointless, now, I know, but everyone seems determined to embrace the comfortable until the end.”

General Williams was waiting at the dock.

“Thank you, General.” She straightened her shoulders. “I do have a question: if I’d requested my family be evacuated and brought here, was there anything that could have been done?”

Williams didn’t hesitate, and his own eyes clouded a bit as he shook his head.

“Nothing is going to be done for any of us. I won’t see my family again. My grandkids…”

“Oh.” She looked down, and her voice sounded small and far away. Of course others have family that are not going to see them before they go; at least you got to see yours, and you know what happened, and when, and why. There are so many others who will never have those questions answered.

He continued. “And to what end, doctor? You said it yourself, destruction is imminent. Make peace with it, Teri. With yourself, too. We’re going to need you now more than ever.

She lifted her eyes to his. “I will complete the mission, sir.”

Williams smiled. “Unfortunately, we’ll never see the outcome, but I have every faith in you.”

A faint tremor vibrated the floor beneath them.

Voices were raised, and the mood instantly grew more somber and intense, and not a little fearful.

“Teri?” Williams extended his arm expansively, inviting her to go aboard, as if he were the captain of a cruise ship, and not the doomed general of yet another science facility that wandered too far from its walls.

She watched him closely, but his face betrayed nothing but fondness, and a trace of sadness they would no longer be working together. Beyond that, there was nothing she could decipher. Either Kyro really wasn’t his son, or he was gifted at deceiving.

She released his hand, and turned to board. Glancing over at Kyro, his head had lolled to the side, so he was already asleep. Good, she didn’t feel like engaging an assassin. She looked out at the black, weightless expanse of dotted with white fire.

No family. No longer a wife. No longer a mother. Just these children now. And Caroline, who will cause no end of grief on the new colony.

If it weren’t for her, I would’ve been able to join them,  see them, hold them…but she has given me a life devoid of meaning. With no one to share with, to spend time off with, to do anything with; I’m going alone.

Her evil intentions mean nothing to me, but because of her, I’m forced to go on, when all I want to do is die.

The stars blurred, and she realized she was crying. This time, she didn’t bother fighting it.

“….three….two….one….we are launched. All automated systems are functioning normally.”

Her voice came out more than a whisper, less than a sob; it was not just meant for her colleagues. It was to everything that had made her up to this moment.  She wasn’t just on her way to a new colony, but on her way to becoming something else.

The tremors were becoming more violent. Williams and Harris could’ve enlisted the help of others, but they’d either left or were trying to find a place to exit, though where they’d go if the ground was crumbling, Harris had no idea.

“The Naissance is ready, General.”

“Is there any way to extract her covertly?”

Harris gave him a grim smile. “She changed all the protocols, sir. You said it yourself, she’s ten steps ahead of us.”

“What I want to know is when did she have time to do all this, and if someone helped her. Have security run video from the last thirty days on all the bay doors.”

“If Teri can’t get to her, maybe one of the others will do us all a favor and stab her in the back.”

Another tremor boomed, and the building swayed like an empty swing in a storm wind.

Both men lost their footing, and when the tremor subsided, they pushed themselves up along the walls behind them, the portion that remained intact. As they were in the northernmost station, it could only mean that now the entire planet was all but consumed from within.

No one knew if it would be another hour, or another day, but they all knew they were living on borrowed time now.

Williams had gained his feet, and helped Harris up the rest of the way.

“We still control the launch, sir. We don’t have to send them.”

“I’ve thought of that, but to kill all for the sake of one…as I said, they may do it for us, and we’ve already programmed them as well.”

“Just an option, sir. Still on the table as long as we don’t–”

An alarm blared through the station, but there was no tremor.

“What in the hell–?” WIlliams blustered.

Williams and Harris found the nearest com station; the young attendant was punching keys but coming up empty.

“Trying, sir! Please give me a minute…”

Harris put up a restraining hand, and Williams backed away.

The screen flickered, went out, flickered again, and flared to life, stabilizing.

The ship came into view, and the shot of its interior showed the floor was empty.

They watched as the ship sailed over the station below, the shadow blocking out the starlight glittering like strewn gems spilled in ink.across the top,

“We’re going to lose it.” The ship was past the station, clearing the harbor.

A hologram of Caroline sitting in the captain’s chair filled the screen.

“Hello, General Williams. I managed to gain access to the ship’s computers days ago, when the tremors first started.

“I programmed the ship to override the safety protocols and release the locks if the magnitude went above four-point-five. If you’re seeing this, then the ship is already loose and on its way.”

All three of them shook their heads in wonder; they’d badly underestimated her intelligence; in no way they measured it was she able to pull this off.

“I had no idea, of course, if it would actually work, but I guess I’ll know if I wake up dead,” she smiled at the weak joke,  “or if we’re still in that hellhole you call a station. And if the magnitude of the tremors is beyond that, then the creature is about to tear the place apart.

“I hope it doesn’t come after us, General, but so be it if it does. Either way, I won’t be able to send those reports I promised you.

“Farewell, sir. I’ll never forgive you for what you did to my father.”

She leaned forward, and the camera zoomed in on those dark, glittery eyes.

Not for the first time, he wondered if he’d been wrong to sign up all those years ago.

A loud rumbling filled the hall, and things began to sway and rattle and fall and slide.

The floor bucked beneath him, and he flipped over backward, catching the corner of a moving desk, the corner cracking a hole in his skull; he could see the blood running from under his head as his vision began to fade.

I thought it was the right thing to do. ran through his mind as he passed into oblivion.

2 thoughts on “Choose Them Wisely, Guard Them Well (continued)”