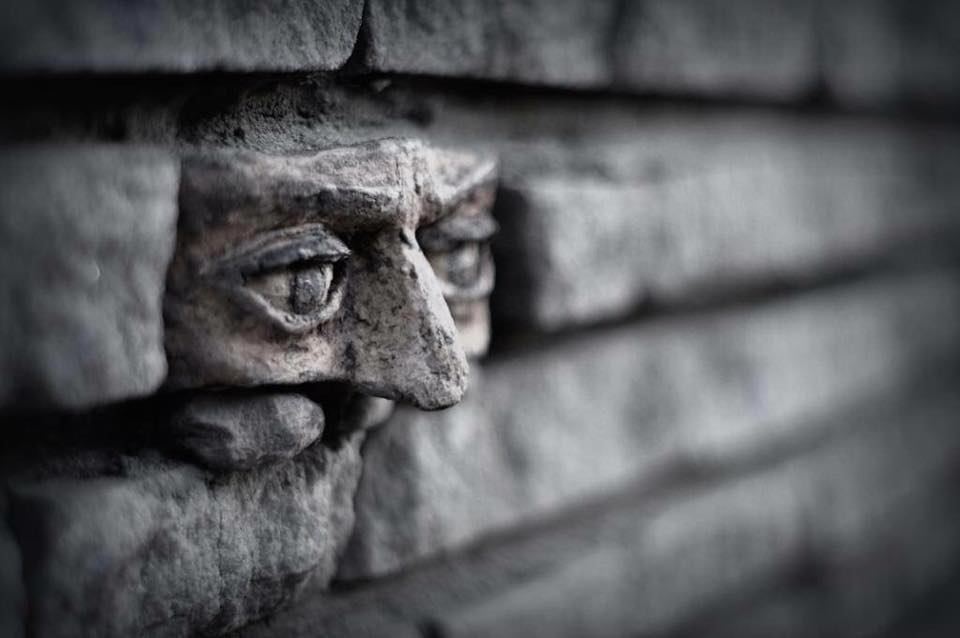 The last brick was laid in for the tombs, and the people came to fill it as they years passed, some with solemn ritual and whispered grieving punctuated by muted sobs, others with mirth and raucous celebration of a life violently lived, and still others seething with quiet anger and not so secret relief that the departed would trouble them no more.
But he’d been the first.
The girls were playing hide and seek with the boys, and the forbidden territory of the tombs was too tempting a place to be ignored.
Karlyn and Essyna had broken away from the rest of the group, going into the shadowed end where the torches wrestled with the perpetual draft that came down the chutes into brackish water.
There they waited and tittered behind their hands, confident no one would venture this far to find them.
Essyna said to Karlyn, “I heard Prince Broderic is not the true son of the king.”
Karlyn gasped. “Then whose son is he? Who’s brother?”
“I don’t know, but if the king finds out, and it’s true, the Queen will die.”
As Karlyn turned to look for seekers, Essyna’s braced herself on the wall; she snatched her hand away suddenly, as if something had stuck her.
Karlyn turned to her. “What happened? Are you all right? Did you hurt your hand?”
Essyna looked at it, curious. “No. It’s not even cut, but something stuck me.”
Karlyn ran her hand over the brick, rubbed it with her fingertips, but nothing happened.
The Secret could see them from inside the wall, their gowns bright but stained at the hems with a slimy wetness that would earn them punishments, and their just-so hair beginning to unravel, Essyna’s red-gold ringlets like a beaded cowl across her shoulders, Karlyn’s the bright yellow of a late morning summer sun.
Footsteps echoed, and an older boy’s voice called their names.
Their eyes widened in fright, and they scrambled from their hiding place to make themselves seen.
“We’re here, Broderic!”
They stood before him, eyes down.
He laughed, not kindly. “Your mothers will have your hides for those dresses, and your fathers for coming down here when you knew you were forbidden.”
“You could not tell them,” Essyna pleaded.
“No way to explain away those stains.”
Karlyn swept her right arm downward, and the stains disappeared; her smile held only a veneer of sweetness. “What stains?”
Broderic swallowed.
Another Secret joined the first, and the wall visibly shimmered.
Broderic cried out and turned white.
The girls turned to look over their shoulders, seeing nothing, and turned back to Broderic, questions and worry replacing their fear.
“Let’s g-go,” he said. “I-I-I’ll tell them I f-found you in the garden.” The torchlight and the sounds of their footsteps receded, leaving only abject blackness.
“Wise choice,” Karlyn said, and the dire echo of her veiled threat carried back as the Secrets settled into the stones.