We placed the lanterns

as the elders taught us.

were clasped over the

With a gentle push

and a soft splash of

we set you adrift.

as you once danced

And we watched you

slip into the current’s

bathed in the glow of

their simulated shades of sunlight

on the thick, twisty ribbon

Even the night wood ceased

its chattering to give you

And we, left on the banks,

your lovers and friends,

marked how you changed

And as the sailing bier

With a gentle shower

the sky cried our tears for us.

And in the rain,

unable to be renewed,

came back to us

in our hearts, and warmed them

with thoughts and memories

of you, through the years,

Fantastic poem! Liked everything about it.

She left all she knew behind, to seek what she’d one day become…. 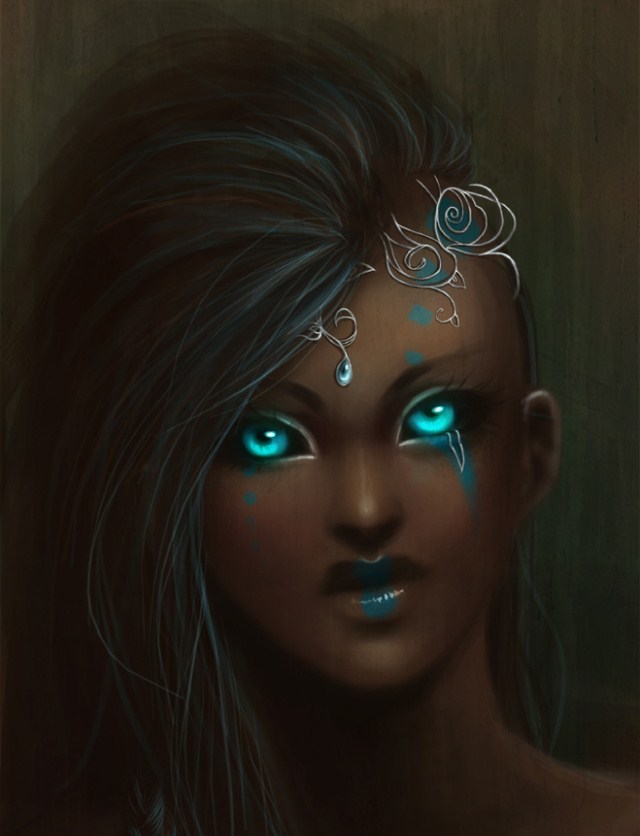 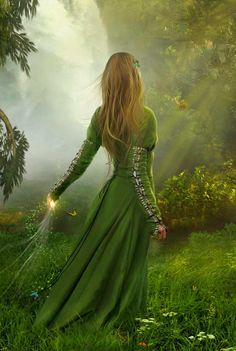 Away from his castle, his grounds, his servants and councilors, the king, in plain riding clothes, unadorned with signs of royalty, rode a dappled gray mare down an unfamiliar path.

The path was pleasant enough, even and smooth, if a bit more gravel than dirt, surrounded by thick forest on both sides.

The treetops soughed under a gentle breeze, and random birdsong carried on it to the king’s ears. He would have enjoyed it more, had circumstances been different, and the one he lost was there to share it with him.

His countenance reflected the weight of his burden, and the frailty of his strength.

Through a small break in the trees, he saw a seemingly secluded alcove, serene looking, and full of stones to sit on while looking at sun speckled water of the quiet river running through it.

He thought he would rest there, to remember there was yet beauty left in the world, and to quiet his racing thoughts.

He tied the dappled mare, which blended in with the light shadows and the spots of sun that eluded the thick boughs and wide leaves to warm the ground below.

This forest is old, and yet, I’ve never seen this part before.

“Whose land is this?” he said to himself.

“It is yours, majesty, and mine, and the mare’s you ride.”

He whirled around, startled by the silent approach and sudden words of a woman who stood some distance away, too far, he thought, for him to be overheard.

Her gown, more suited for royal court than ancient forest, trailed behind her, her honey-gold hair bound in a matching green band, and her green eyes were bright and pretty, and for some reason he couldn’t fathom, a little disconcerting.

“I apologize for startling you, your majesty.” She bobbed a perfect curtsy. “I intruded on your private thoughts…and your grief. Would you like to be alone?”

He gazed at her longer than was polite before he said:

“Where are you from?”

“Are you mocking me, child? You’re speaking in riddles.”

“No, your majesty, I would not mock you. Riddles are to be solved, and there is no mystery here. I have answered you truthfully, but I’ve angered you.

“I will leave you. I would not have your sorrow vented on me for relief.”

She turned to go, and began to walk out of the natural alcove.

She stopped, but did not look back.

“I’m…sorry, to have been so brusque with you.”

She faced him then, her own expression somber, but still open.

“I’m sorry for your loss, your majesty. Was she a good wife to you?”

About to answer her, he realized he never told her about his wife.

He didn’t know how this woman, having proclaimed to be of the forest itself, knew of his queen’s death, but he’d already asked enough questions, and wasn’t up for any more of her cryptic non-answers.

“Yes,” he replied, his voice growing husky. “She was a good wife indeed.”

“For that, you must be thankful, are you not?”

He turned from her and stared out at the slow moving river, speckled with sunlight, spotted like his dappled mare and the sunlit trees.

Time has no power here, and there is light and shadow everywhere.

“I was pleased, and happy. Yes, I am thankful.”

Soyala came and stood beside him as he watched the water.

“When the sun changes position,” she said, “so does the light, and so do the shadows. Often, we find ourselves in one longer than the other, but eventually, we pass through both for different reasons.”

She looked at him, and he bowed his head, unable for a moment to look at her, but feeling a strong, inexplicable connection; there was a quiet power about her, like the river, like the forest, a persistent force like the primeval trees surround them, seasoned and honed by things outside themselves, yet exerting their own influence on the shapers.

I am no ruler here.

The mare gave a soft whinny.

Soyala turned and smiled. “She grows restless, your majesty.”

She turned back to face him. “So does your heart. It is moving, even now, from grief’s shadows, into the light, but you’ve been reluctant to walk in it again.

“There is no dishonor, and there will be no forgetting.”

“How…how do you know this?” His voice thickened again; she’d broken a barrier within him he didn’t know was there.

She took his hand, and interlaced her fingers with his.

“Because light and shadow, your majesty, are merely timeless, but love…” she looked into his eyes, “love is eternal.”

“Love…is eternal,” he whispered back.

The mare whinnied low again, gave a small stamp of her foot.

“Come,” Soyala said. “I will escort you to the road, your majesty.”

“Young lady, I am somehow in your debt. I came here to mourn, but you lightened my burden, my heart.

“If you ever need anything…”

“I am grateful for your kind, generous offer, but all I need is here.”

“Your majesty.” She bobbed another curtsy.

He walked the mare down the road a bit, and looked back to see her watching.

He raised his hand once more, and she raised hers, smiled, and slowly faded before his eyes.

He brought the mare to a stop.

As he wondered at her disappearance and the true nature of who he’d just met, he suddenly realized one other thing:

He never told her he was a king.