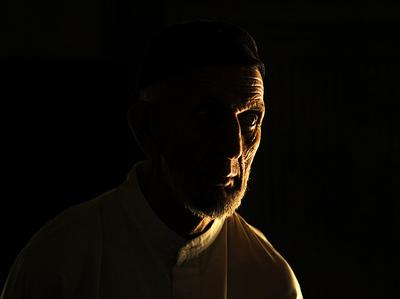 I stared into the Shadows

The Shadows stared at me

And so we asked each other

I said “I see the ashes of plans

I once did trust”

The Shadows whispered back to me

“We see but blood and dust.”

A few years ago, I heard a song by John Mayer called Waiting on the World to Change, a song about idealistic and virtuous youth waiting for the corrupt and evil aged to die off. The song’s most telling lyric went as follows:

“It’s not that we don’t care, we just know that the fight ain’t fair,

So we keep on waiting for the world to change.”

I thought it rather lightweight  for a protest song. I also thought it was the most naive thing I’d ever heard from a young man who’d traveled the world several times over.

Why would you wait?

Still, it will be interesting to see what unfolds while you do. Here’s why:

The ‘love your brother’ and ‘equality for all’ generation, when they began to experience true competition for resources as a result of their policies to ensure that equality in the 60’s, became the ‘angry white men’ of the 90’s and began working to repeal the very laws they enacted, becoming, in the process, worse sell-outs and hypocrites than they accused their corporate fathers of being in the 50’s.

And the computer, an invention of the Boomer generation which Mr. Mayer is waiting to go the way of the dinosaur, has upped the ante considerably, and taken things globally in an instant.

Today, a segment of the 60’s generation of love, peace, equality and freedom throws rocks at immigrant children, repeals voting laws, advances the aims of the very corporations they once vehemently denounced, and seeks to distance themselves from those who they were once like in the past;  the other segment is permissive and apathetic in their adult responsibilities to the point of letting the country fall into anarchy.

So no, dear young people, you can’t afford to wait on the world to change. You are going to have to wade into the American wasteland, and get blood on your clothes, and get in peoples’ faces, and make unpleasant sacrifices, and make your voices heard. There is seldom a birth of a new thing without some labor pains being involved, and getting stoned like your grandfathers did for most of their first thirty years is not the way to go about it.

I’ve heard the saying: “These kids live in a different world.”

No you don’t; you live in a different time.

Yes, it is a scary, parasitic, greedy, lustful, materialistic, and intimidating time enhanced by constant connections and distractions, and things baying at you for your attention and money, but you are not in a different world; you’re on the same planet, and as far as we know, it’s the only where you can live outside of a clunky spacesuit, and without devices that will keep you from becoming a runaway hot air balloon.

So let me ask you, Mr. Mayer and company:

Can you really afford to spend it waiting?