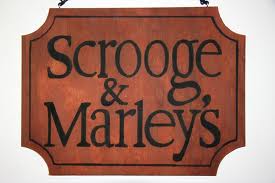 In response to The Daily Post’s writing prompt: “Pleased to Meet You.”

Scrooge had just checked in on the Cratchit family, and all was well.

Mrs. Cratchit had taken up sewing, and Scrooge had funded the shop with his new generosity. In return, having no one to cook meals, Mrs. Cratchit did so, and dropped the meals off, always hot and fresh, smelling delicious, to his door within an hour of his arriving home, or sometimes, he would stop by and take the meal with the family, sometimes even leading the grace.

Tiny Tim, no longer quite so tiny, had grown into a fine and studious boy, much like his father, and Scrooge saw more of Bob in him as the years passed.

But two years after the spirits visited, Scrooge began to notice his health was not as sound as it had been, though he kept active with brisk walks, and social with activities, and even volunteered to help out in the very kitchens he’d once reviled, he did so less frequently, despite his zeal.

Against his will, the idea of a successor began to pull at his coattails like a beggar child’s hand.

He spoke to Mrs. Cratchit about Tim.

“He is more into the sciences than anything, Mr. Scrooge. Always puttering about in his room upstairs with his scopes n’ such. I’m afraid he’d not be one for taking over for Bob; all the others have made their plans, and will soon be leaving.

“But I can put up a sign in the shop, if you’d like, and you can hire out an ad in the paper, and see what happens then.”

“Yes,” said Scrooge, his mind distracted, “I suppose I must.”

By spring, Ebenezer was relying more on his cane to balance him than he would have cared to admit. Upon arriving at the office, he looked up at the old weathered sign:

He looked at the sign now, remembering that fateful night, and the sound of the heavy chains. Not a day went by he didn’t thank his old friend, and not a day went by that he didn’t remember Bob Cratchit, who shortly after that Christmas, had been run over by an arrogant carriage driver.

Scrooge saw to it he lost his livelihood, and all but carried the man to the border of London himself to throw him over it.

He sighed. “I’ll be seeing the both of you, soon enough, I s’pose.”

Putting the key in the lock, he found it already open.

Cautiously, he cracked the door open, and peered in.

The fireplace was lit, the carpets beaten, the floors swept, and a well dressed young man in a long coat was puttering about Marley’s desk.

He looked up as he heard the door close, and saw the stern visage of the old man in front of him.

Scrooge raised his cane, the only defense he would have against so vigorous a young man, in the prime of his youth, strength, and health.

The young man smiled. “Ah, you must be Mr. Scrooge.”

“Oh, I’m sorry, sir. I thought Mrs. Cratchit told you. I answered your ad in the papers. I sent you a letter…”

“I did not receive it.” Scrooge grew hesitant, the cane lowered slightly. “Mrs. Cratchit, you say?”

“Yes, the lovely old woman with the sewing shop. Dandy dresses. I might pick one up-”

“Young man!” Scrooge snapped. “I am not here to discuss the delicates of your lady friends. This is my office, and you don’t belong in it, to the best of my knowledge, so I will ask once again, and finally: who are you?”

The young man, brought up short, bowed his head in acquiescence, and stepped forward smartly, extending his hand.

“Phillip, sir. My name is Phillip Pirrip, at your service.”

Scrooge did not reach out, but Phillip, not put off, took Scrooge’s right in his own and shook it, smiling.

“My friends, for the sake of simplicity, call me Pip. Pleased to meet you.” 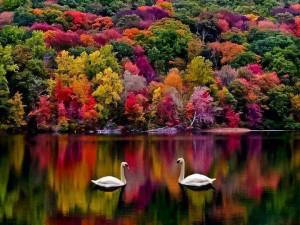 In response to The Daily Post’s writing prompt: “Serenity.”